Join us at the 16th World Buddhist Women’s Convention 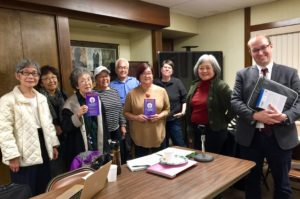 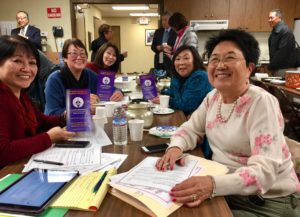 The WBWC is not limited to BWA members. The BCA FBWA is pleased to invite all interested parties to attend and support this momentous event.

World Conventions are the only international gatherings of Jodo Shinshu Buddhists that include lay and clergy. We are looking forward to welcoming the Gomonshu, His Eminence Kojun Ohtani, along with over a thousand Jodo Shinshu followers from Japan, Hawaii, Canada, South America, and BCA. For BCA, September 1, 2019 also marks the 120th anniversary (September 1, 1899) of the arrival of Jodo Shinshu Hongwanji-ha’s first two kaikyoshiministers to the U.S. mainland, in San Francisco.

Rev. Yukiko Motoyoshi has 39 years of experience as a Jodo Shinshu minister in the United States and has spoken at BCA seminars and conferences as well as interfaith community events. Prof. Keiko Toro is a lecturer on Japanese Buddhism at Jin-ai University in Fukui, Japan. She was a research fellow at the Institute of Buddhist Studies (IBS) in 2002 – 2003 and a keynote speaker at the 2013 Pacific Seminar presented by IBS and the BCA Center for Buddhist Education. Both speakers are daughters of Jodo Shinshu ministers; both are fluent in English and Japanese.

In addition to the keynote presentations, the Convention will feature an exciting variety of multidisciplinary, interactive workshops exploring the theme, “Live the Nembutsu.”

Please see the Workshop and Schedule sections for details.